What is a Public Adjuster and Do You Really Need One?

About The Region Public Adjusters

Dealing with insurance companies can be frustrating. We take pride in taking that burden off the homeowner. If you file a claim alone, you'll be at the mercy of not only the insurance company but of their company adjusters. Let The Region deal with them. We will inspect your roof, siding, gutters and give an expert and professional opinion on what steps should be taken next. 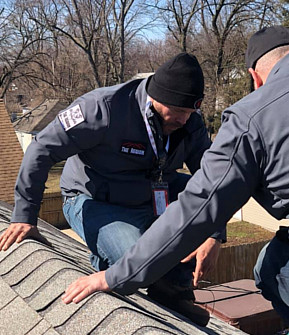 Questions? We have answers.

If you own property for long enough, sooner or later, loss or damage is likely to happen. Between natural disasters, fire or water damage, theft, vandalism, etc. that’s just life. The only real way we have to plan for it is to grab some homeowner’s insurance, hope for the best and call it a day until disaster strikes.

When it does, a better question arises: are you sure you’re getting what you're owed?

Of course, because they’re all working on behalf of the insurance company the incentive is to lessen the payout. Insurance is a business after all, big business, and the more they payout, the less profit they make. Therefore, it’s in their best interest to cover as little as possible. A simple equation really.

That’s where a licensed public adjuster comes in and the beauty of bringing one on is that they work exclusively on behalf of you. They make their thorough assessment and inspection of the damage, free from influence from the insurance company, as well as file the appropriate documentation and support for the claim.

Contracts are often confusing quagmires for those unfamiliar with the insurance world and the claims process itself can be a tiresome experience, especially when you’re juggling it with the rest of your responsibilities. On the contrary, that’s where a public adjuster can shine, it’s a core part of their job to understand the nuances and intricacies of policies and put that knowledge to use in working on your claim.

Furthermore, you don’t pay a public insurance adjuster out of your pocket. They get paid out of the settlement and are consequently incentivized to negotiate a settlement that’s further in your favor and what you’re genuinely owed. It’s worth noting here that the idea isn’t to rip off the insurer. No, no, no. It’s to get the insurance company to cover what they already agreed to in your policy. A company isn’t going to voluntarily pay more than necessary but a public adjuster can help ensure you get what’s fair.

Many firms will visit, free of charge, to ascertain the damage and discuss whether a claim is appropriate. You truly don’t have much to lose in at least having an initial conversation.

Once you’ve decided you need outside help for your claim, here are a few things to consider and look for in a competent public adjuster:

So, is there value in hiring a public adjuster?

If expediting your claim, getting a more agreeable settlement and not having to make a full-time job of getting it is your priority, then yes there’s value. Moreover, you leave the potentially tense and intimidating back and forth with a large company to an insurance professional whose down it all before.

Talk to us or schedule an inspection